Yesterday, a special guest teacher came to the iGlobal first-year English class. In that class, students learned about debating in English. In the debate, they learned how tol clarify which position each member  will take in A/B for a certain topic, and then logically talk about which is the better choice. What was yesterday’s theme? “Japanese people should replace wrapping paper with a furoshiki.” (Japanese people should use a furoshiki instead of wrapping paper.) We practiced putting together a claim from either the  “Agree” or “Disagree” position. Speaking in English is quite difficult, but if you try to logically persuade yourself that your point is “correct,” the hurdles increase even further. Even though they are freshman, everyone was working very hard!  From now on, students will try practicing debate more and more. I think that it will be very useful tol be able to debate in both Japanese and English. 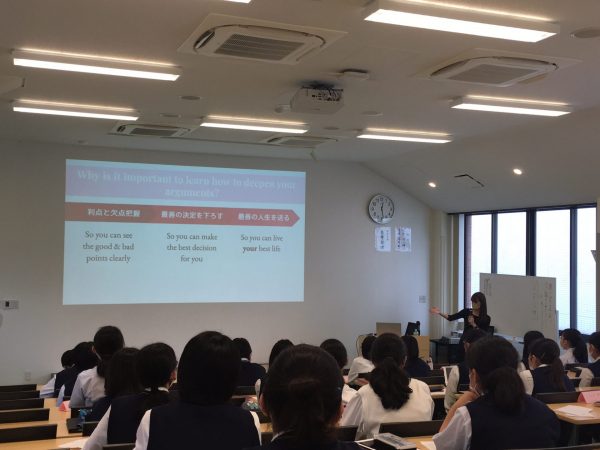